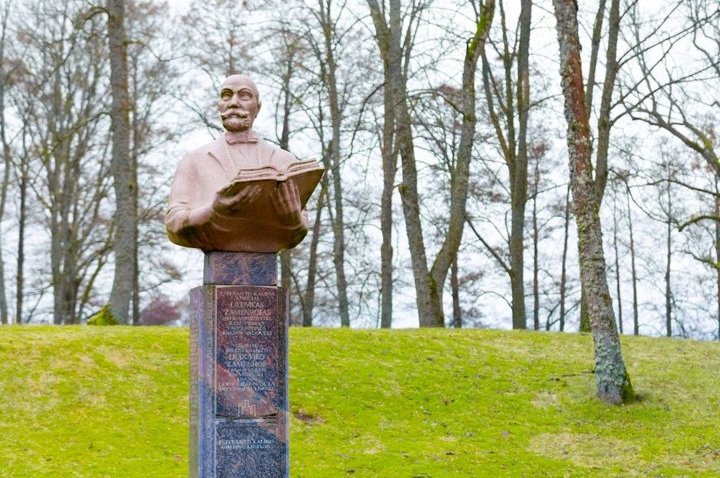 Ludwik Lejzer Zamenhof is the creator of the Esperanto language, who moved to Veisiejai in 1885. Zamenhof was born and studied in Poland, he later graduated in Moscow and he visited his brother-in-law at Veisiejai. Here, Zamenhof established his doctor’s practice and restored his manuscript of the Esperanto language, which his father had burned in his childhood. Veisiejai is therefore considered as the birthplace of Esperanto, and a monument featuring a bust of Ludwik Lejzer Zamenhof has been erected in the town’s park.