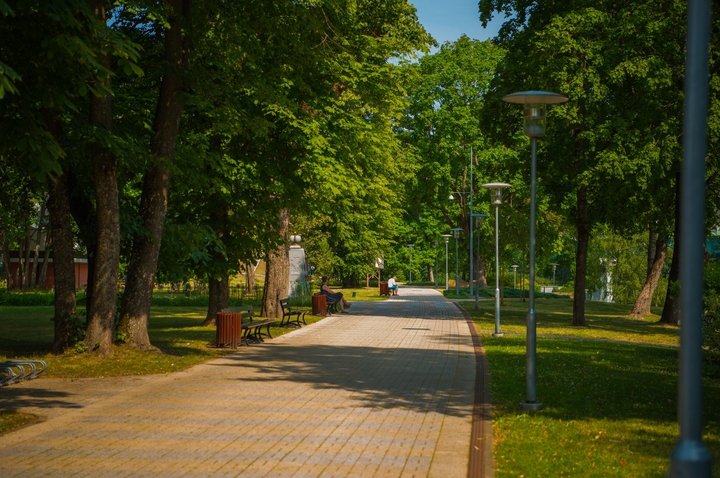 The Health Resort Park is the town’s oldest garden, situated in the historic area of Druskininkai. In the 19th century, it was the centre of the visitors’ daily activities including treatments, entertainment and interactions. The garden’s layout is symmetrical, and its individual parts are based on an English-style garden with winding paths. It has health facilities and a Kurhauz. In the past, the Kurhauz had a station, bookstore-library, confectionary and a theatre hall, and people could have a drink of kefir or kumis there. During Soviet times, a Buvette over a mineral spring was built, along with other buildings for drinking the mineral water. In 2011, the park was reconstructed and new sculptures, paths, benches and lighting were added, new greenery was planted, and the Beauty Spring surroundings were changed. Another historical landmark in the park is a river water level gauge that was built in 1881.