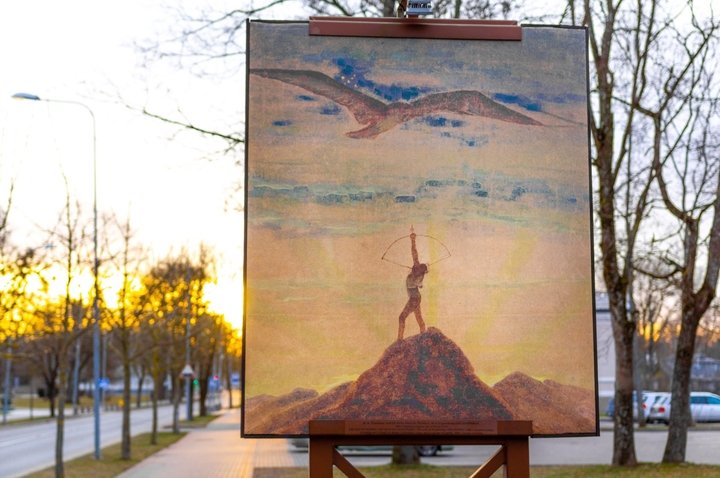 The most famous of Čiurlionis’ series is his 12 paintings named THE ZODIAC. This theme was inspired by the ancient myths of the constellations, and it was supported by the artist’s interest in astronomy. According to the memories of his contemporaries, Čiurlionis liked to walk at night, often alone, listening to the sounds of nature and watching the alignments of the stars. The Zodiac is a magnificent cosmic poem about the sun, stars and the endless spaces of the universe, as well as being about the seas, oceans, rocks and deserts, and about the mysterious beauty of the world.