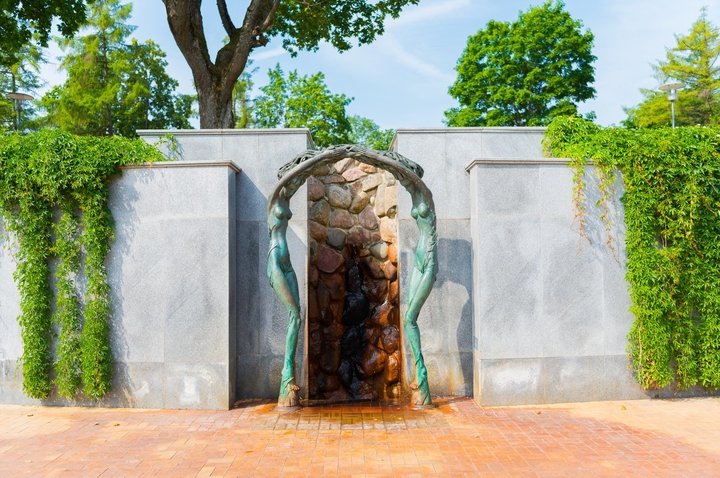 Beauty Spring is the most salty and the deepest spring in Druskininkai, which has skin cleansing and rejuvenating properties. The spring flowing from the stone bas-relief near the Nemunas River is more than 300 metres deep. The spring water is especially salty, so drinking it is not recommended. However, the water can be used to wash your face and hands, or to rinse your throat. It is believed that the water rejuvenates the skin, providing it with beauty and invigoration. According to legend, in ancient times a duke accidentally found himself in this place while hunting. The hunt was successful, so the duke had to shoot down a falcon. Pierced by a well-aimed arrow, the falcon fell into the Nemunas and the duke jumped into the water to grab it. On the shore, his duchess began to cry and run along the banks of the river, pouring out salty tears and shouting for her husband. After a while, the duke emerged from the water alive and unhurt, with the falcon in his hands. According to the legend, the salty springs broke through from the places on the ground where the duchess’ tears had fallen.