The life of a manor 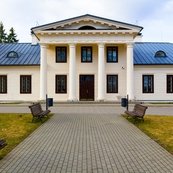 Leipalingis Manor was built in 1830 and is one of the most important objects to represent the historical architectural heritage of Dzūkija. The Classical-style manor is now the site of a school, a regional administration office, a library and a unique ethnography museum with over 12,000 exhibits. 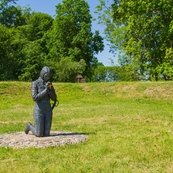 Fragments of a Former Manor House in Vainežeris

Vainežeris Manor Park is one of the most attractive and most visited sites, not only in the territory of Veisiejai Regional Park, but also in the whole of Lazdijai District. In the 18th century, there was a manor house and its auxiliary buildings situated here, but they were abandoned over time. Now, there is a tourist trail in the park with limes trees growing along the paths. 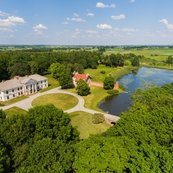 Aštrioji Kirsna Manor was first mentioned in the 16th century. This estate is one of the largest in Dzūkija, comprising 19 buildings and a park. The most famous inhabitants of the estate were the Lithuanian noble families Sapiega, Karenga and Lukoševičius. Here, you can feel the fresh air and the wind rustling along the tops of the trees as you take a walk, admire the surviving buildings or ride a horse from the manor’s stud farm. 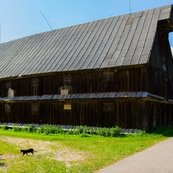 Būdvietis Manor was founded in 1744. A barn and a chapel-mausoleum are the only buildings of the former Būdvietis Manor that have survived to this day. The two-storey barn that was built in 1803 has a rare architectural design. It is constructed of larch wood and is interesting due to its exterior and interior structures, which make it a unique building that represents Lithuanian folk architecture. The chapel-mausoleum was used as a church for the local gentlemen for many years.